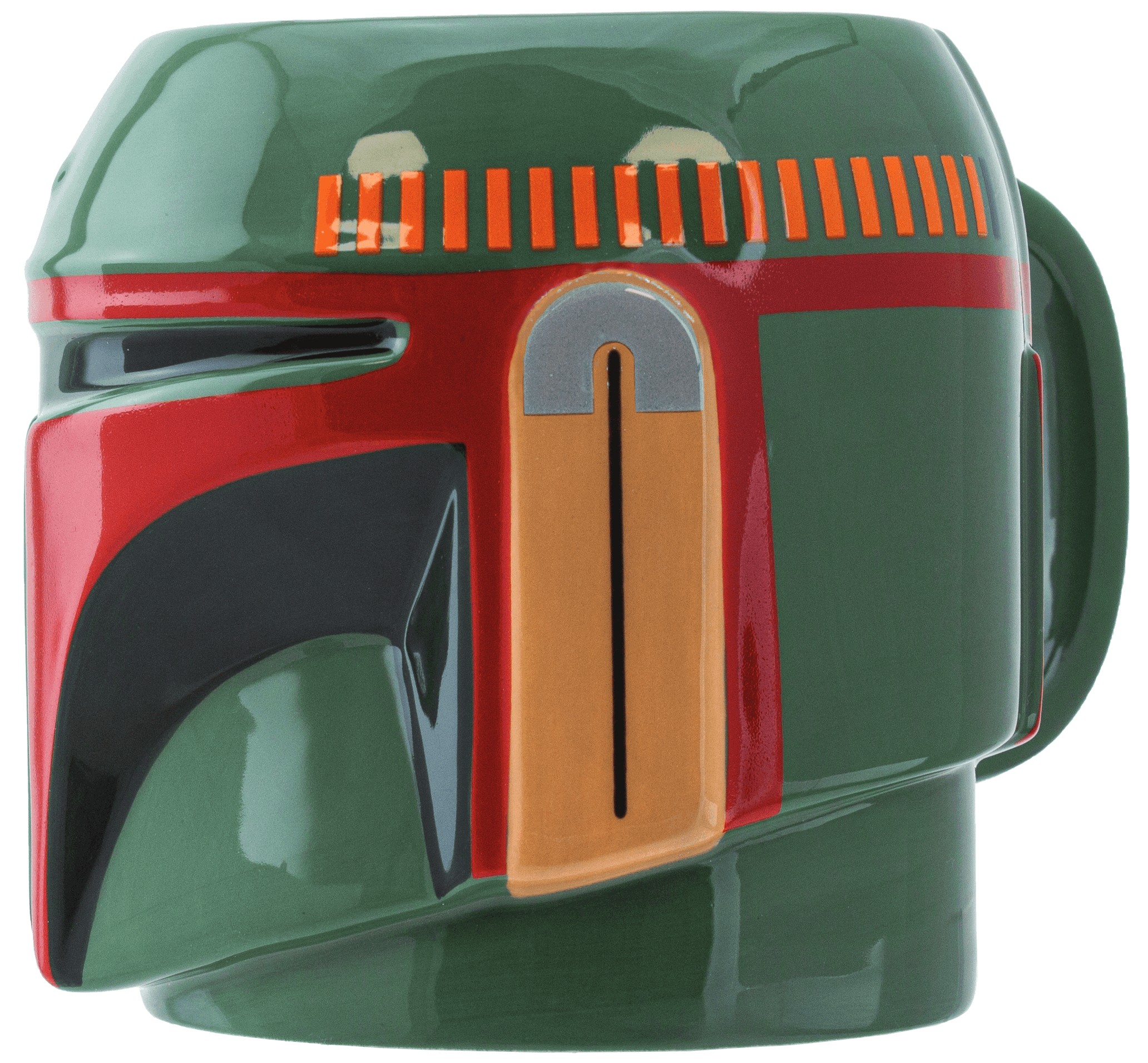 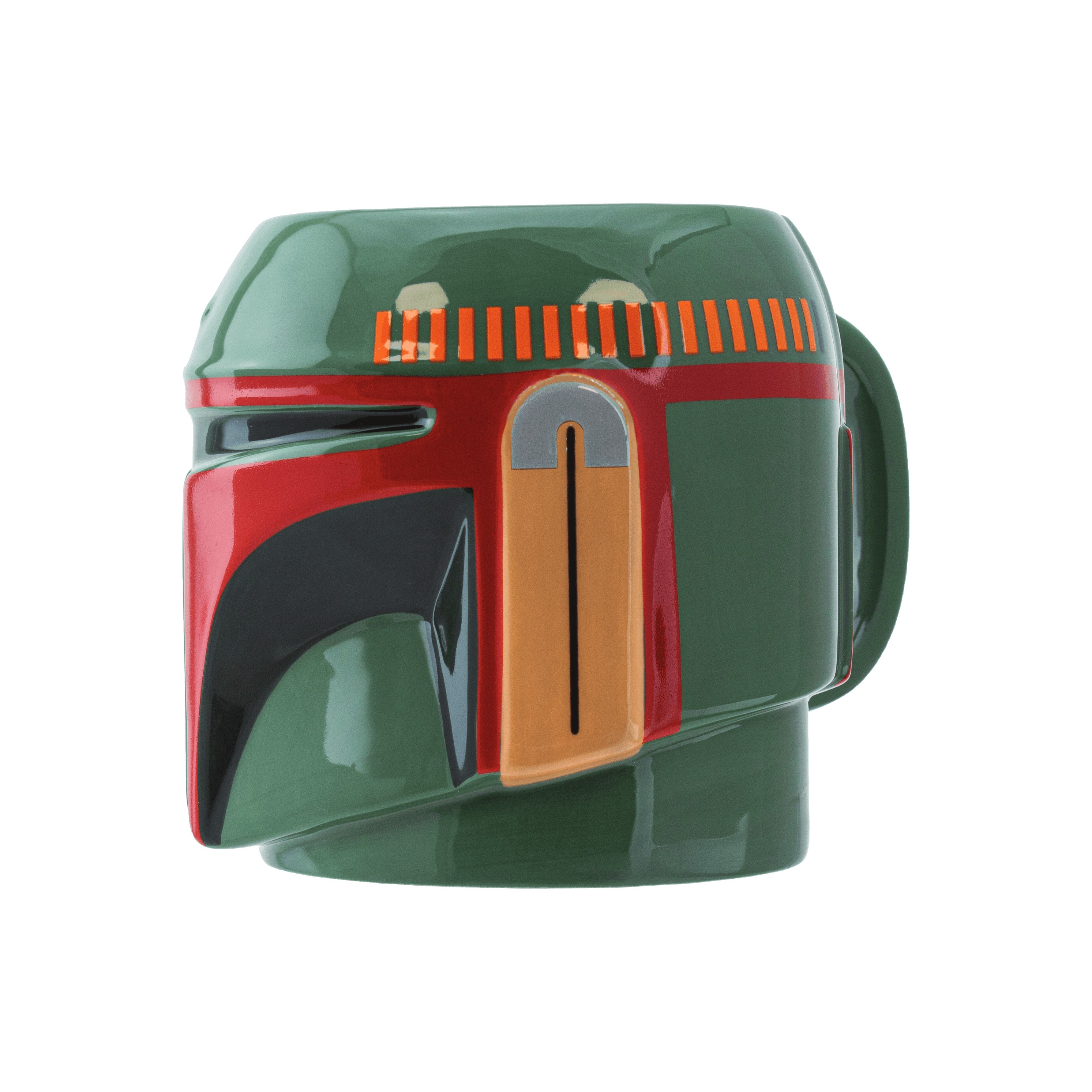 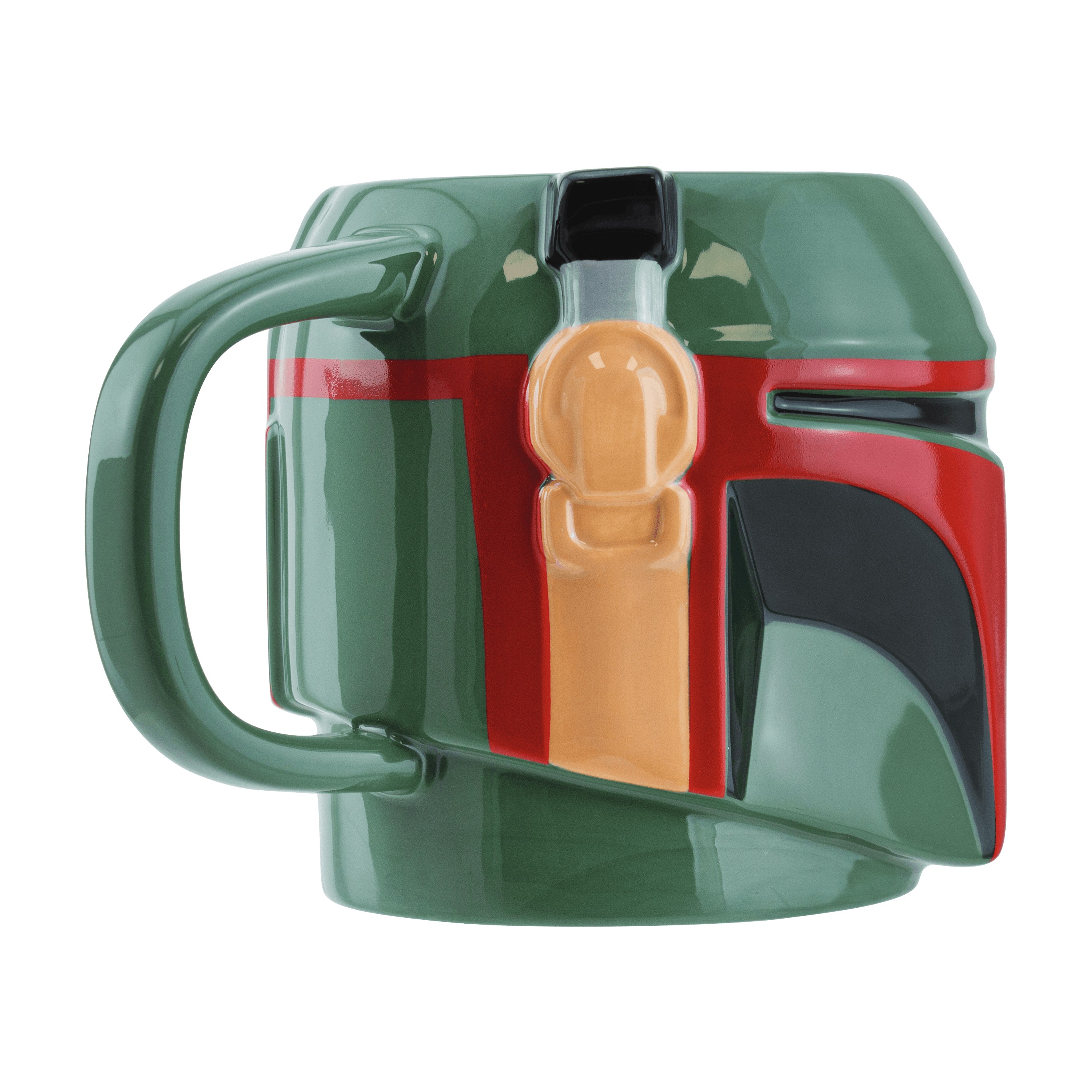 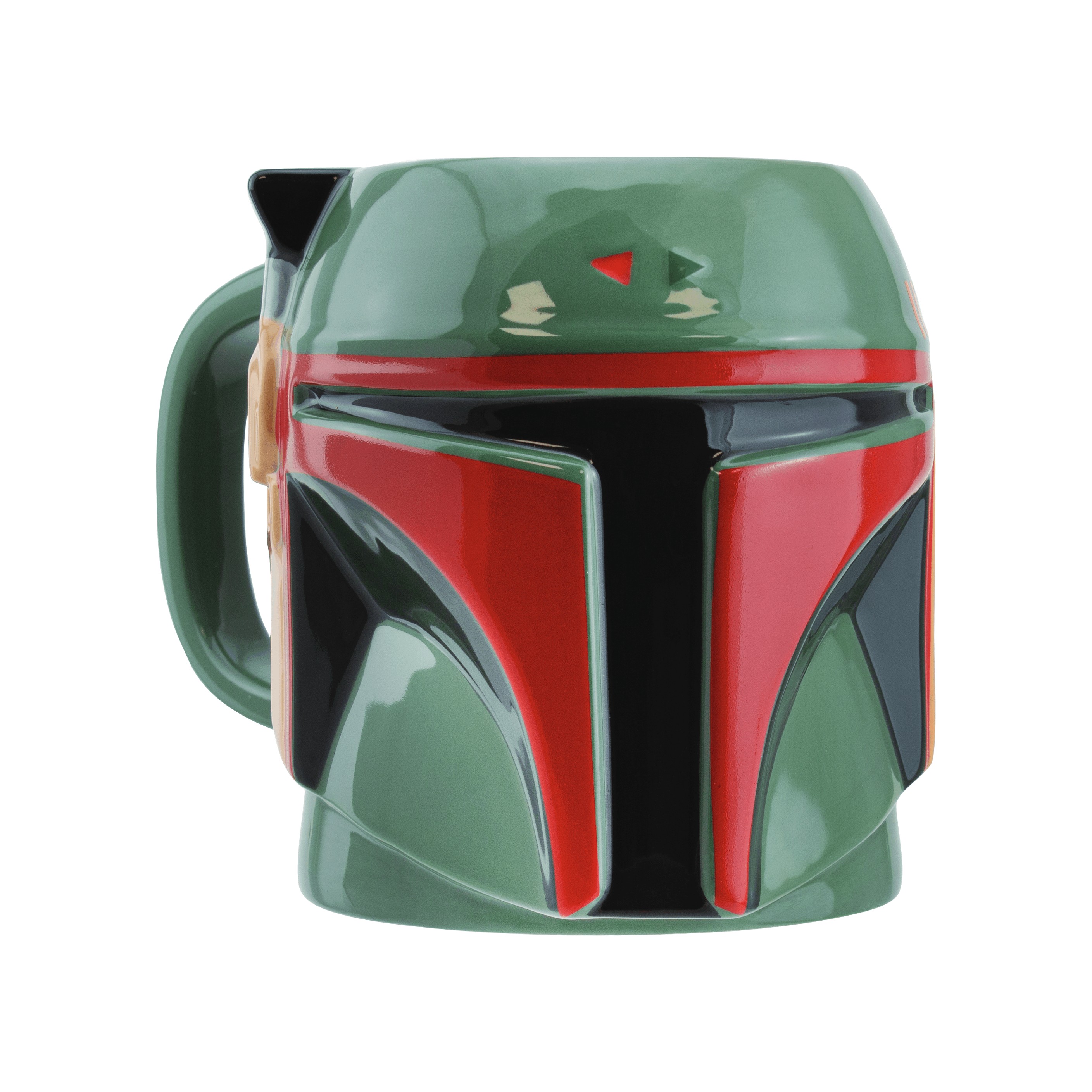 Highly detailed, this oversized ceramic mug brings Boba Fett out of the Star Wars universe and into your hands. This officially licensed mug has a large capacity so you won’t have to refill it as often as a standard-sized mug, leaving you with more time to watch Boba Fett, or do any daily task you need a hot beverage for. The mug cleverly recreates Boba Fett’s signature bounty hunter helmet, including all the indents, side accessories and gadgets.

Boba Fett was a human male crime lord and former bounty hunter whose career spanned decades, from the fall of the Galactic Republic to the end of the rule of the Galactic Empire. Originally code-named Alpha, he was an unaltered clone of the famed Mandalorian bounty hunter Jango Fett who raised the boy as his son. Boba emulated his father and genetic donor by wearing a customized suit of Mandalorian armor.

Practical and collectable, any fan of Boba Fett or the Star Wars Universe will love this mug. It makes a great present for any fan. Suitable to use at home, brighten up work, or to simply display your love for this cult classic Star Wars character. Plus collectors of official Star Wars and Boba Fett merchandise will welcome this addition to their collection of authentic memorabilia. Officially licensed by Disney.