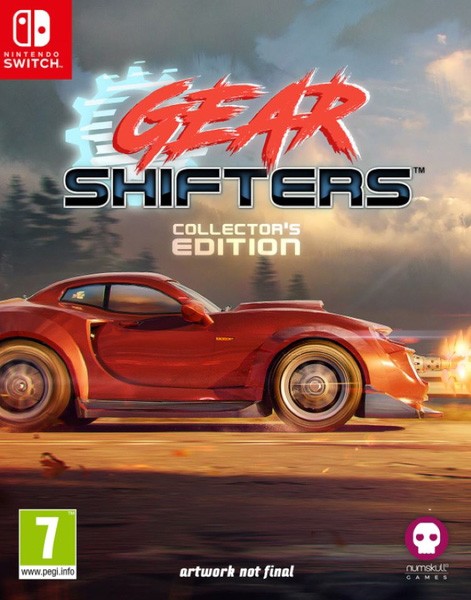 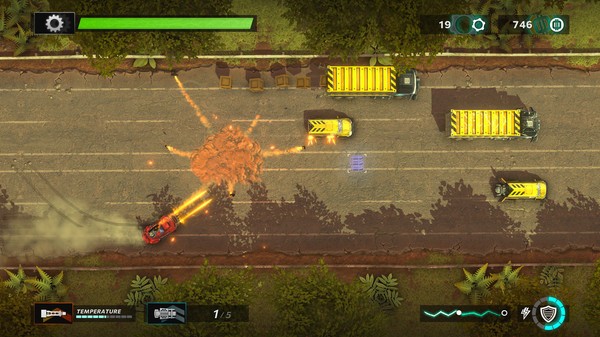 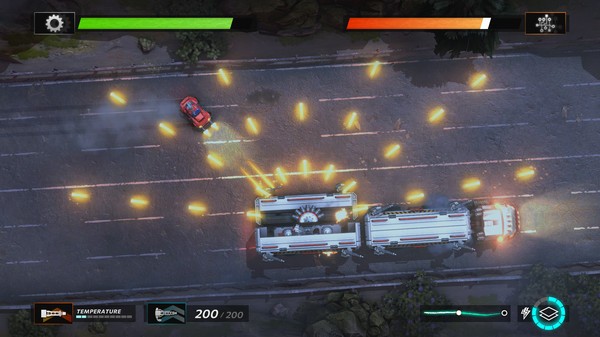 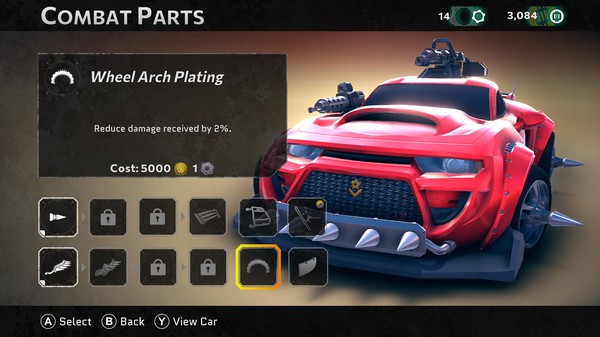 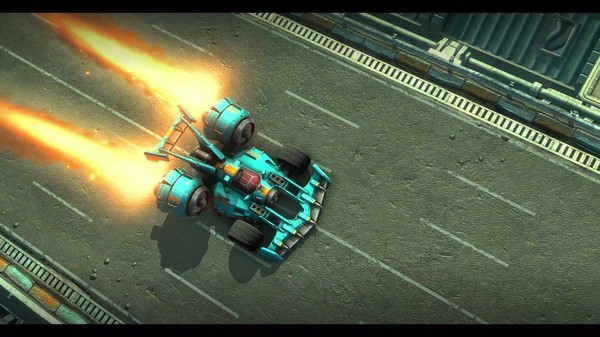 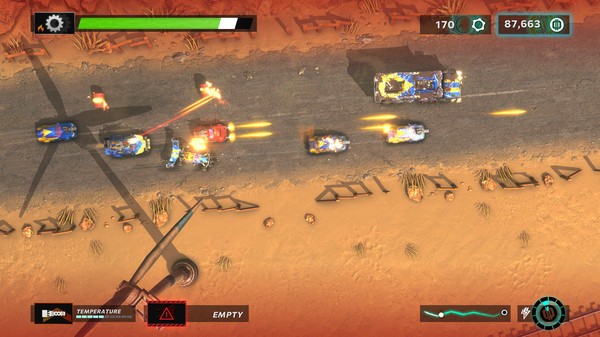 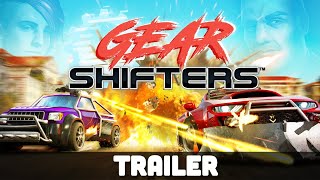 Arcade shoot-’em-up roguelite. Steer, blast and battle through enemy vehicles, and annihilate bosses. Adapt your loadout of mods, defences and weapons for each hazardous mission.

GET PAID and UPGRADE

Tackle dangerous delivery missions to ensure the safe arrival of precious cargo. Get paid, and modify your car with offensive, defensive, cosmetic and performance-based customisations.

Expand your territory across the post-apocalyptic continent. Only the most skilled Gearshifter can take on the most perilous routes and reach the mysterious Citadel.