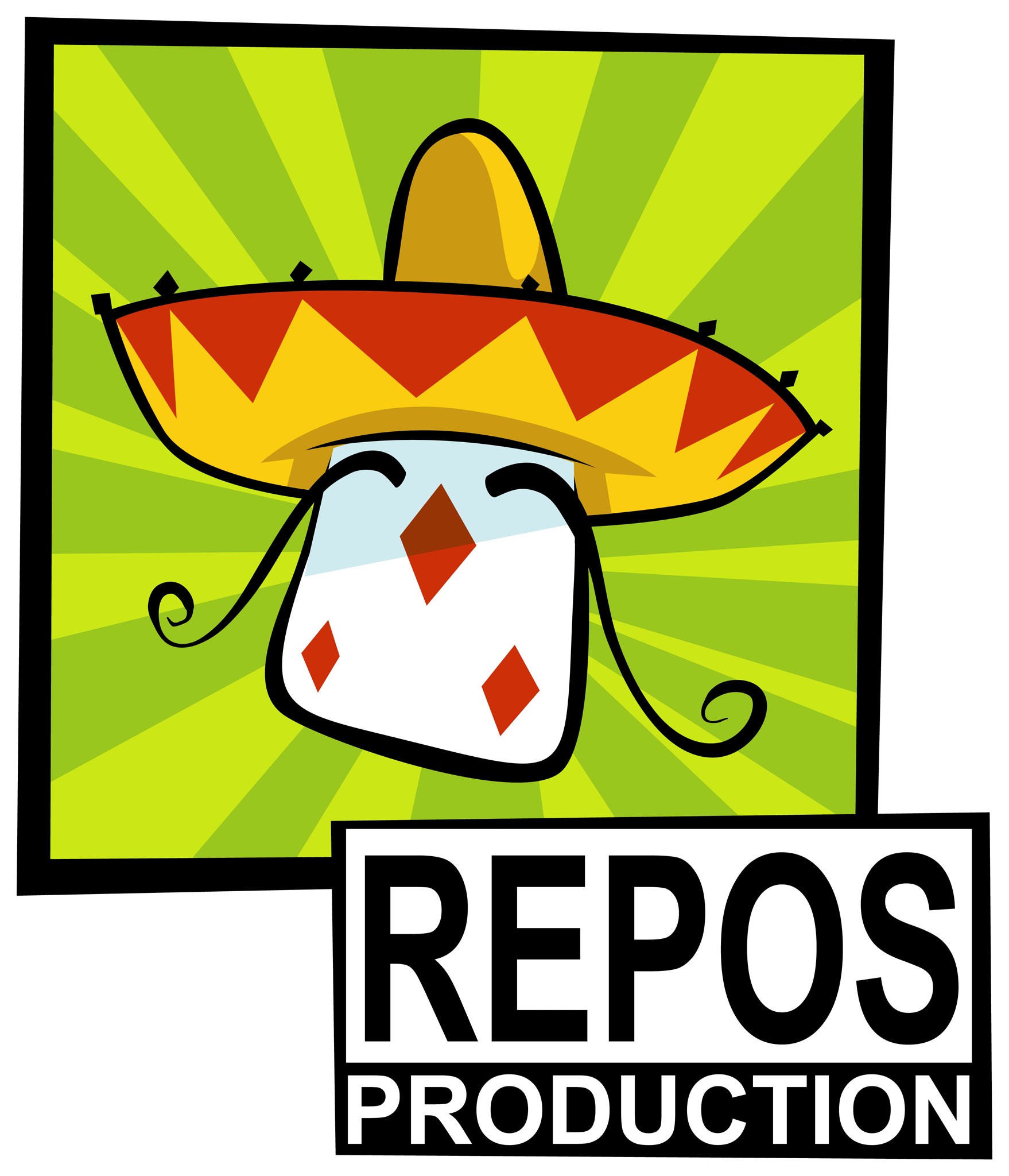 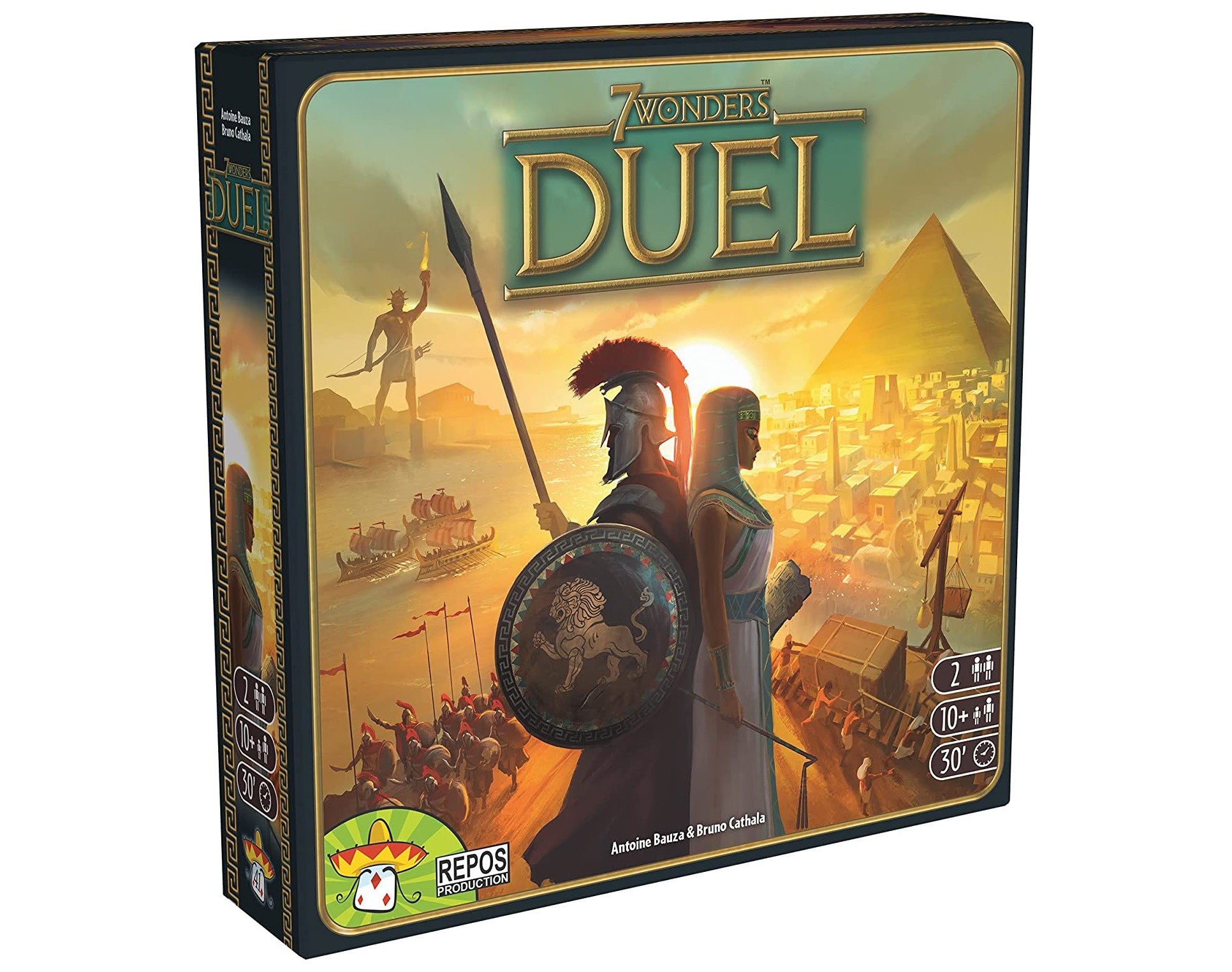 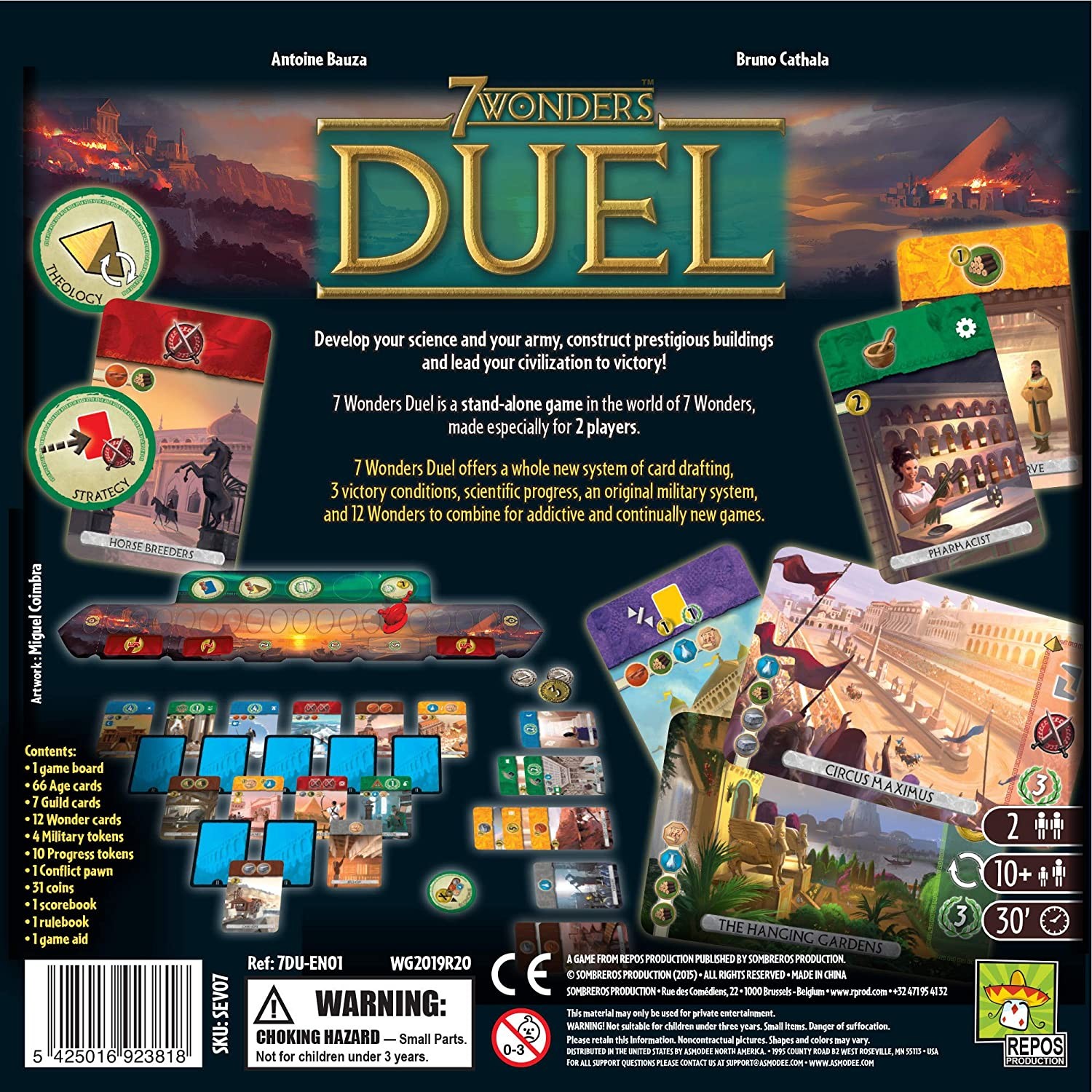 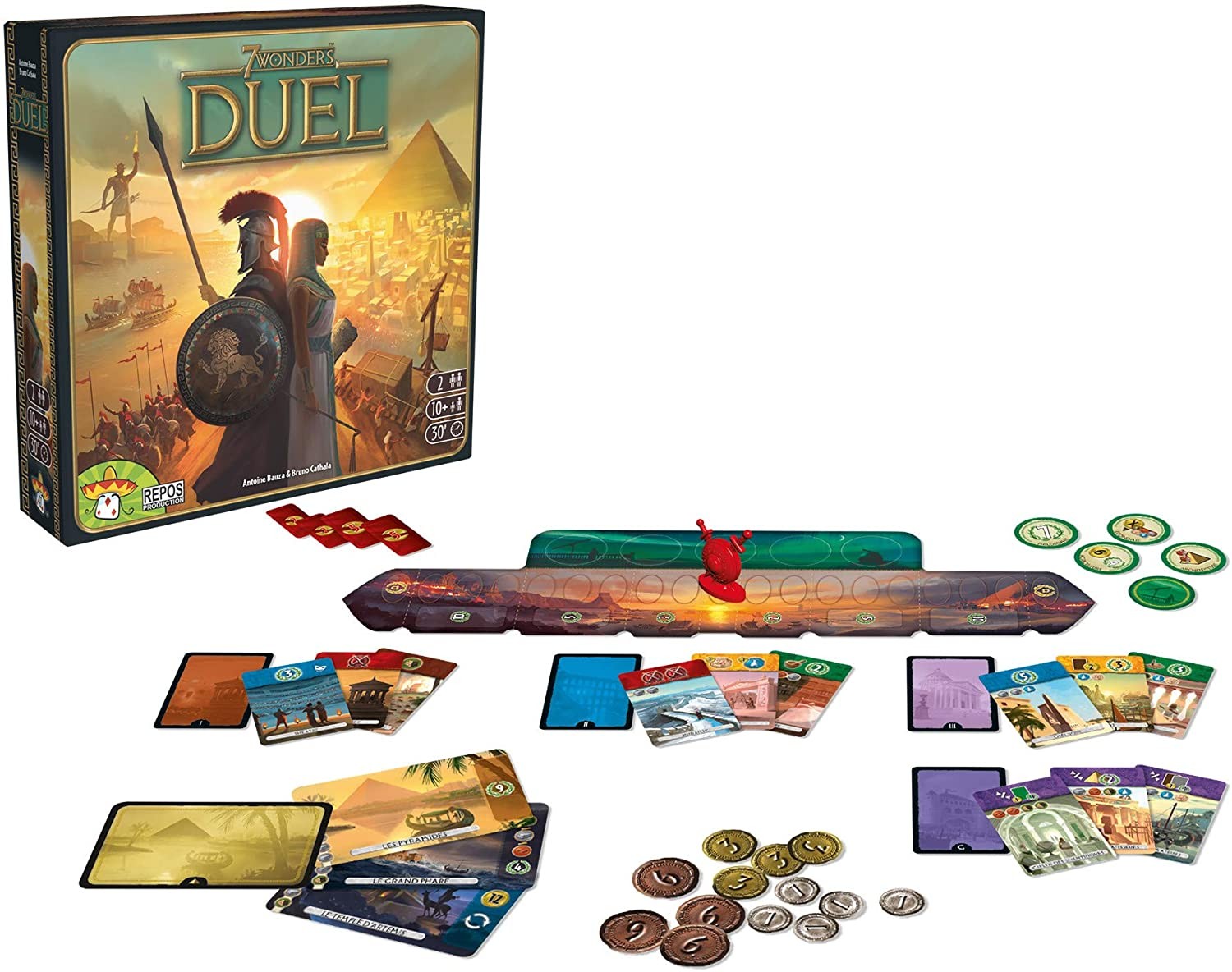 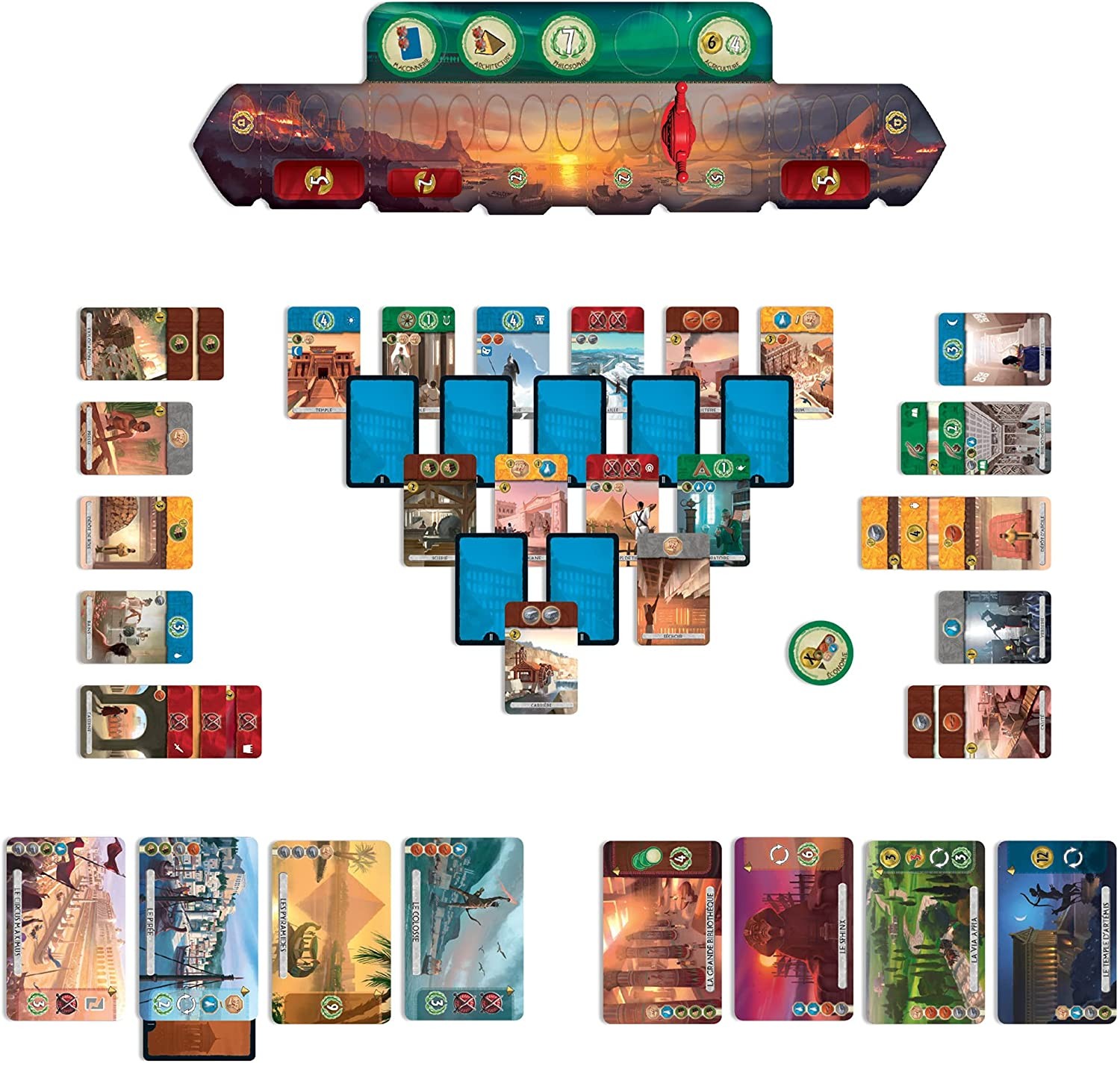 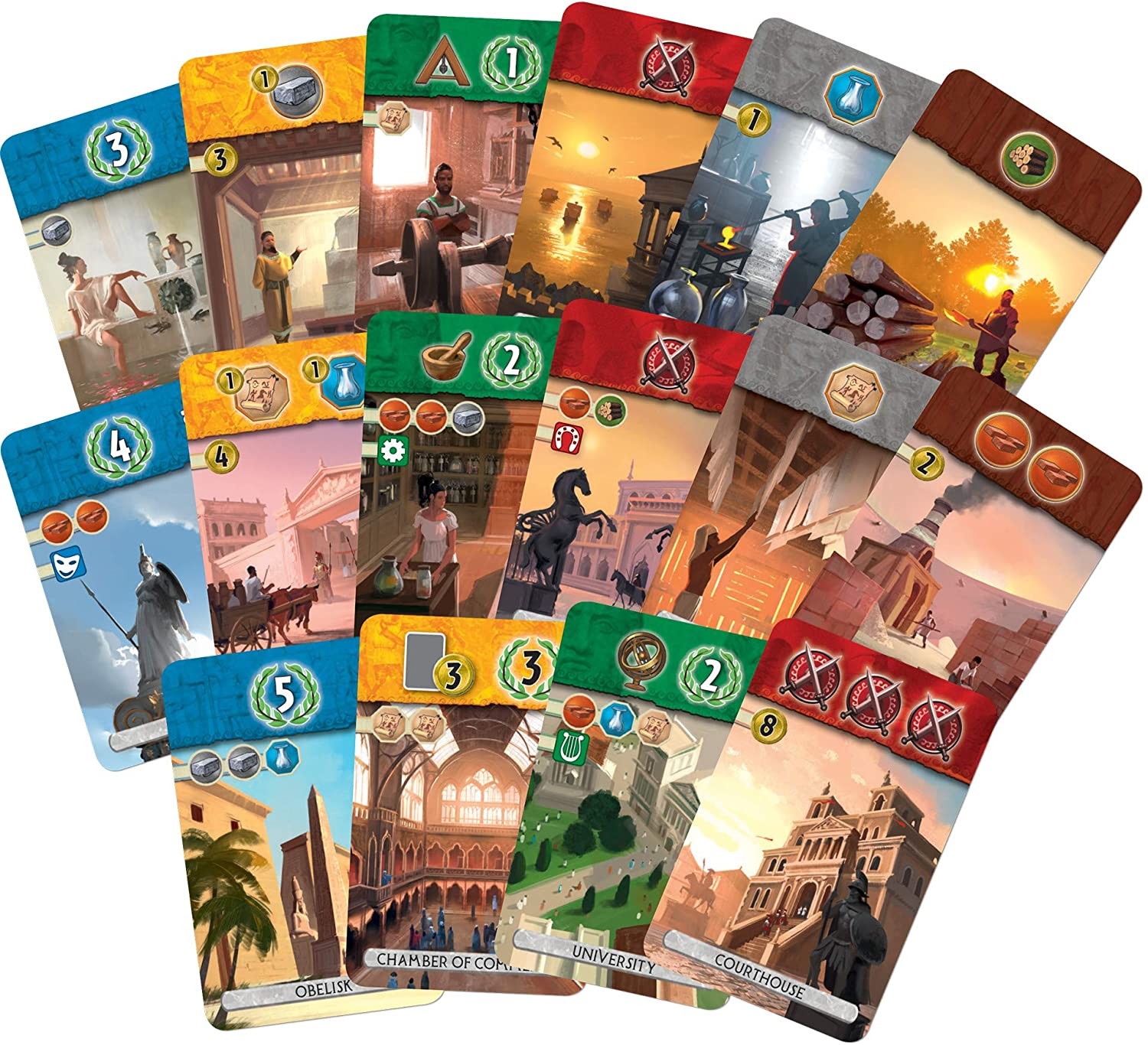 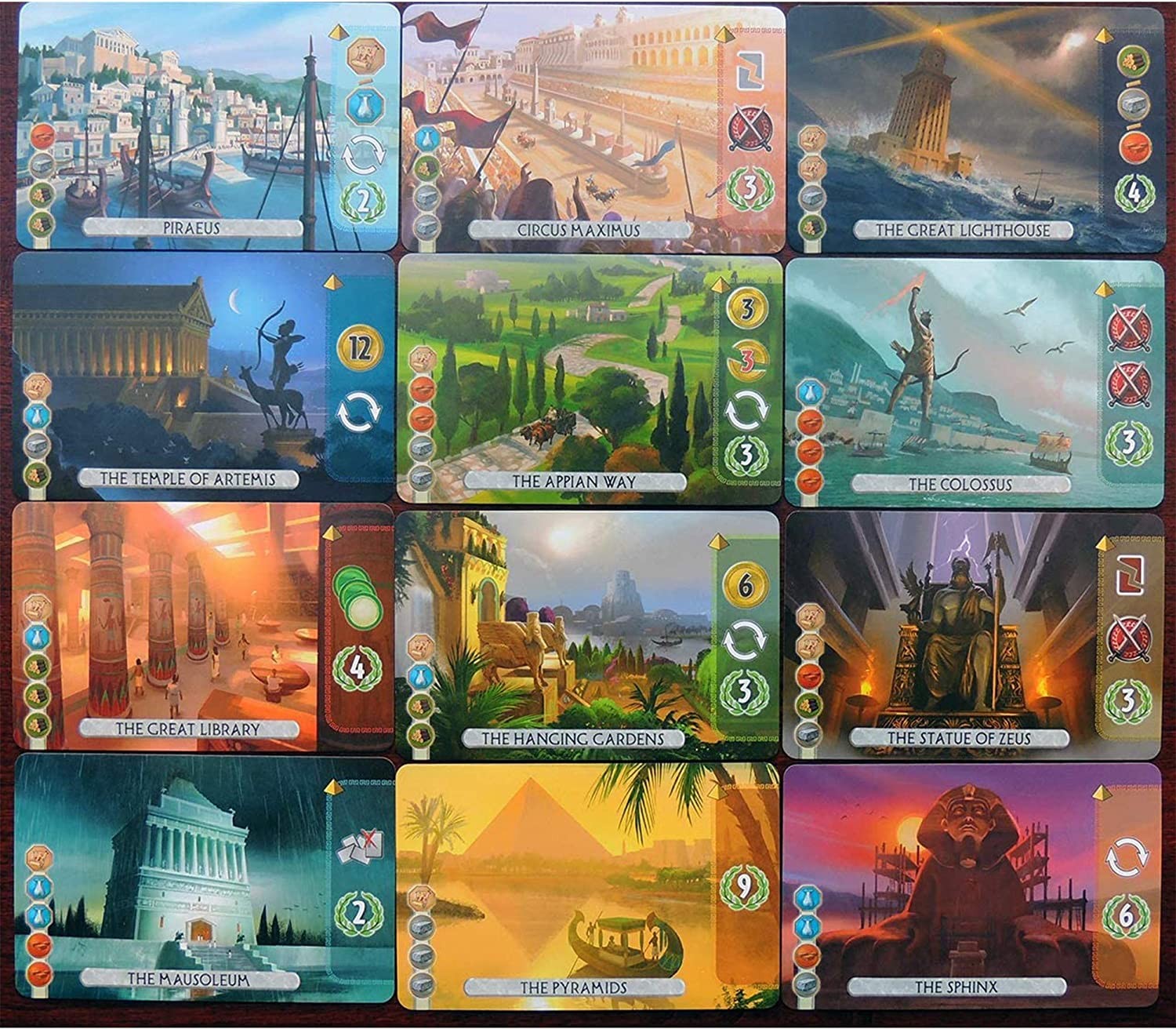 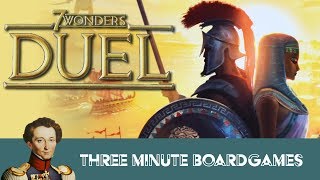 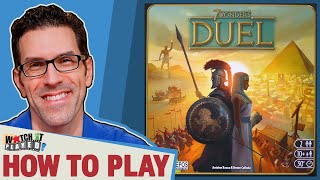 In 7 Wonders: Duel, you and your opponent each lead an ancient civilisation to greatness—but only one of you can win! 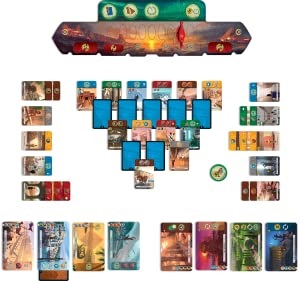 Organisation of the Card Board

At the beginning of each Age, lay out 20 cards according to the structure of the current Age. Some cards are laid out face up, and others face down. 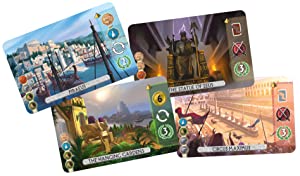 You pay the cost of the Wonder (not the one of the Age card) then place your Age card face down partially covered by the Wonder card which is being constructed. 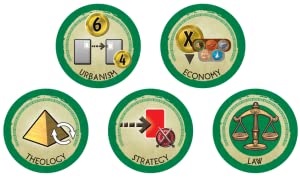 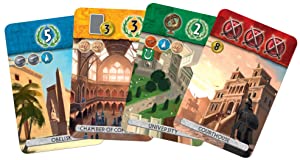